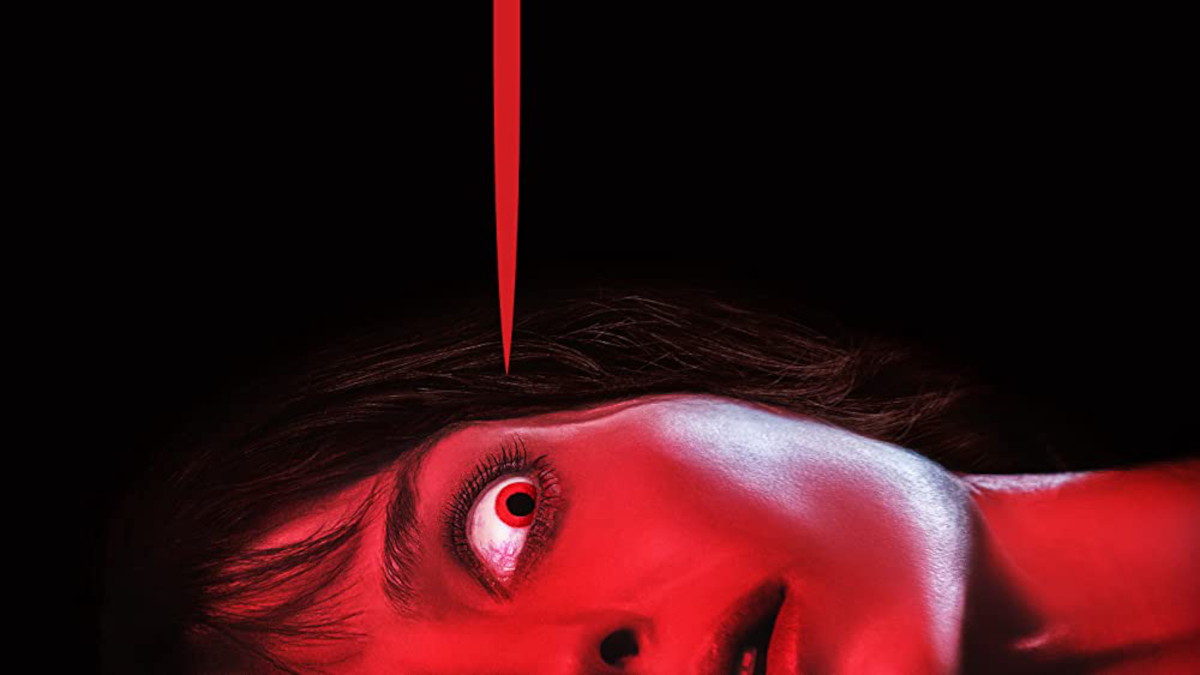 The trailers for Malignant, the latest horror film from director James Wan, did not terribly impress me if we’re being honest. Wan is an extremely skilled director, and he can reliably turn out a quality bit of genre, but nothing seemed terribly out of the ordinary. Let me tell you that the trailers do not — nay, cannot — prepare you for the utterly bonkers, exhilarating carnival ride Wan has in store. And I mean that in the best way possible.

Madison (Annabelle Wallis) is not in a good way. She’s having waking visions of horrible murders, often seeing things through the murderer’s eyes. It turns out these aren’t dreams but very real events, and Madison’s life and sanity are in very real danger.

That’s all I can say about the plot of the film without giving away spoilers, and trust me that you don’t want spoilers when it comes to Malignant. There are plot twists aplenty, ranging from the obvious to the outrageous, and part of the joy of Wan’s film is not knowing what to expect. There is a fairly wide gulf between critical and audience approval of the film online, largely based on what audiences expected walking into the film and what they ended up getting.

We’re not talking about a film that fundamentally couldn’t be traditionally sold like mother! or an A24 film that places all the horror in the trailer. Malignant is something else entirely. Wan has not created another Conjuring-style, deadly-serious horror. What he’s made instead is probably one of the most (if not the most) successful attempt at an American giallo film.

Giallo is a horror subgenre most associated with Italian cinema. Think Dario Argento, Mario Bava, or Ruggero Deodato. Over-the-top, visually sumptuous, narratively chaotic, with a strong emphasis on style, mystery, and imaginative gore scenes. Take your horror film, but make it European arthouse camp without sacrificing your dedication to cinematic technique or the fundamentals of the genre.

Every building block for a classic horror film is in place here, sometimes a bit too obviously so. Wan willfully indulges in any number of horror film cliches but with very clear intent. Sometimes these even bleed into the metatextual, with characters seemingly aware that they’re acting through tropes. In a scene with Madison’s sister exploring a dark building alone, you can tell in her face that she knows she’s doing something supremely stupid for no reason. Even the film’s poster is intentionally constructed of classic horror elements, down to the vintage VHS cover-ready font.

But Wan doesn’t dive into parody here. This isn’t a farce. Wan’s devotion to his film shows through time and again. He’s not stingy with his style here, often going out of his way to provide a strong visual twist to his scenes. That might be some effective work in color and lighting or a novel angle to film an action scene with. Sometimes it’s as simple as executing an expected design element with remarkable grace and fashion. The killer might look like a typical giallo villain with its trenchcoat and gloves, but whenever it’s on-screen, you can’t take your eyes off of it. The fact that it’s played by a professional dancer/contortionist might have something major to do with that.

The film is a feast for both the eyes and the ears. Wan’s technique is above reproach, and the interiors look gorgeous without being ostentatious. There is an element of clear, deliberate staging involved with many of the sets that gives the film a pleasantly artificial vibe. Wan isn’t going for realism here but for style; he doesn’t want you to forget you’re watching a work of fiction that’s almost literally a universe onto itself. That’s echoed in Joseph Bishara’s haunting score, which uses both synthesizers and orchestral instruments that may or may not be synths themselves to create music that remixes all the tools and tropes of horror soundtracks into something unique and captivating.

The human element of the film should definitely not be overlooked, though. In fact, none of the setting Wan has meticulously detailed would work without the right performances keyed into that same camp/serious vibe. Annabelle Wallis is just about perfect in that regard. She’s highly sympathetic, and she excels at conveying the right level and coloration of emotion needed. Especially in the second half of the film, she veers into the melodramatic in a very welcome way, helping to harmonize the tension of the film with her performance.

The supporting cast seems to be custom-made for any number of character actors to deliver solid, engaging performances. Besides Maddie Hudson as Madison’s sister Sydney, there’s George Young and Michole Briana White as the detectives investigating the murders Madison has visions of. Each of them plays a kind of stock character; White especially leans hard into her role as the sarcastic, suspicious “bad cop” in contrast to Young’s more knightly “good cop.” However, none of them ever feel like they aren’t bringing their best to the role, making each character both likable and intriguing, often beyond what’s written in the script. You look forward to seeing them on screen and become invested in their survival.

As fun and well-constructed as the film is, it does start to fall apart a little during the climax. Wan doesn’t offer scares as much as he does a tension that slowly increases until it’s nearly tangible. In the same way, the film becomes more and more outrageous in tandem, and some of the events in the third act might stretch some viewers’ suspension of disbelief until it snaps. Giallo horror has never truly prioritized realism or logic in its narratives, and that’s fully in effect here. You’ll either go along with all the wholly intentional ridiculousness or get turned off by it with almost no reaction in-between.

And this is where we circle back to the idea of expectations. If you have them, drop them. I can’t stress this enough. I’ve been watching horror films for decades, and while I did manage to figure out some of the threads in the story, there were multiple events I absolutely was not ready for that gave my heart a strong, welcome jolt. One thing Malignant is not is predictable, and thank the cinematic gods for that. Wan has created a gripping, entertaining, piece of pure giallo camp and proven once again that he deserves to be in the canon of master horror filmmakers.

— Harry Potter and the Order of the Phoenix